On September 25, 2007, Halo fans worldwide were able to finally “Finish the Fight.” Although the game did include a Forge mode at launch, the map editor was designed to be used for small alterations, such as changing spawns and weapons. It was not intended to be used as a full maps and gametype creator.

One gag that was cut from the video involved Grif inventing the laziest gametype imaginable: Walking a flag two feet to score in the middle of an empty map. Although the joke didn’t make it into the video, Rooster Teeth’s Burnie Burns took the empty court and the basic concept and created something wonderful.

On December 14, Grifball’s origins were discussed in an interview with Burnie conducted by Bungie’s Frank O’Connor as part of the Bungie Weekly Update.

We’ve modified lots of variants. For instance, we tried shotguns at one point, but it did not have the same feel. Most of the focus went into the ball carrier and his attributes. He’s essentially the only unique player in the match, so it’s great that the Assault game type lets you set the carrier’s properties separately from everyone else. We have also tried various maps modifications with items like stairs and rolling wire spools, but we always come back to the classic court.

On December 16, the first official Grifball tournament was hosted by Rooster Teeth. The team SG-1, comprised of KrozeGG, Dixonij, Godzilla2K4, Paladin1221, and ApertureFilmz, won the event.

The American Grifball League of America

On January 7, 2008, Grifball.com officially launched. With the new site came a new Grifball league: The American Grifball League of America.

Back then, Foundry was the only court that supported Grifball and it was still a work in progress. Players could easily escape the court and even tear down the walls.

My favorite memory before WL08 was hanging out in the game lobby with my teammate, andrewpanton. You have to remember that back then, there was no Grifball matchmaking or forum. If you wanted to have a game of Grifball, even after all the noise and advertising that the Tourney brought in, you had to sit in lobby and wait for friends to sign in. We’d talk for hours over so many random topics while we waited for friends to log in, sometimes talking them out of whatever other game they might have been in and to put in their Halo 3 disk to do some Grifball. Back then we’d even settle for 2 on 1’s or 2 on 2’s.

With the huge success of the Grifball leagues — and the starpower of Rooster Teeth — Bungie introduced Grifball as a special weekend-only DoubleXP playlist on March 6. The playlist returned at least once per month for the remainder of Halo 3’s life-cycle.

At first, the playlist included only one gametype and one map: the classic Foundry court. By 2009, however, more maps and gametypes were introduced.

The second AGLA season was even larger than the first. Thanks to the success of the Grifball playlist, 192 teams registered. The league was split into two conferences – Sword and Hammer – and was home to some of the most influential teams of all time: Marathon Runners, Separate Intelligence, Grunts of Fury, American Dream, Hard Liquor Chasers, Super Happy Sunshine, Cannonball, and SG-1.

This was also the start of Someday Night Grifball, the very first live-streamed Grifball show, complete with expert commentary. SNG was an early forerunner of Wednesday Night Grifbrawl.

In the end, Grunts of Fury defeated That One Team in the championship.

In May 2008, Grifballer Puptastrophe registered the domain GrifballHub.com and began the site that would become the official Grifball fansite. The site was originally created to support Grifball.com by hosting Grifball tournaments, player interviews, and tutorials.

We are creating a veteran tier and a rookie tier this season. That’s right. You legacy teams that have been skating by in your divisions are going to be facing off against other legacy teams this season…this should be fun. This should also give rookie teams a chance to learn the sport before a punk vet team whomps away on their fresh hides.

Rooster Teeth introduced Grifball to PAX for the first time in August 2008. They hosted the Grifball Intergalactic World Championship, which was won by a team led by Andrew Panton and PP Moocow PP.

Rules of the Game

In December, Rooster Teeth released a new Red vs Blue “PSA” that effectively covered the basics of Grifball including: Grif pain and suffering, Grif humiliation and defeat, and Grif multiple deaths.

After the Summer 2008 AGLA season, Jack hung up his hammer in order to pursue another pet project of his: Achievement Hunter. In his place, PP MooCow PP (Caleb Denecour) became the new AGLA Commissioner.

For the new season, Forge guru runNOKYARDrun remade the classic Foundry map with more solid wall and no spaces for players or the bomb to escape. “Home courts” were allowed for the first time, which mainly consisted of teams adding new artwork to the walls of the official court.

The season began with 144 registered teams. The Rookie Championship came down to Team USA vs Put It On the Pad, with the latter – donnieredboy, guthouse, Mr Loots, HighlndHellrazr, x C0RIANTUMR x, Silver Bullet30 (Tad Neptune), and DemonCrowley – emerging victorious.

For the Legacy League, Gaming So Hard – NKOTb4evah, iWrestle8, Twizzted Status, Love Thumee, Doc Status, and PhD Spaz – defeated Separate Intelligence in the first best-of-three championship series, the third game of which was the first AGLA game played with a neutral host. For a prize, they had their home court placed in the Grifball matchmaking playlist. 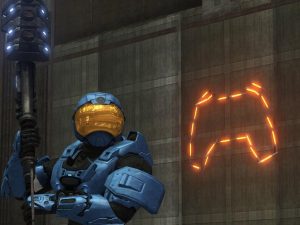 The Spring 2009 AGLA season saw the league separated into an Amateur League and a Pro League for the very first time. Instead of the previous method of separating teams based on how many seasons they have played, the Pro League was reserved for a select few elite teams.

The first episode of the Grifball Hubcast also premiered on April 10.

Registration for the AGLA Summer 2009 season opened on June 28 for both the Pro and Amateur Leagues, with 90 Amateur teams and 24 Pro teams signing up.

The Pro League Championship was won by Power Outage, made up of TurbanEspy, TheCokester, Jlamanna91, Proj3ctSnake, The Corn Ninja, and Sean Cohen. On the Amateur side, Zero Logic took home a surprising victory in the finals; surprising not because of their skill, but rather because they did it off-host.

In July, Bungie added new Grifball courts and gametypes to the Halo 3 playlist that showcased Sandbox.

On September 5, the first Grifball panel at a convention was held at PAX. Burnie Burns and a collection of Grifball community leaders discussed the Sport of the Future in front of an audience of hundreds. A special PAX highlight reel by Puptastrophe was also shown. 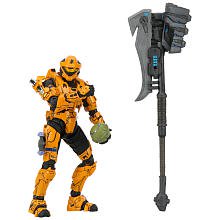 On the Pro side, the familiar faces of x Zeg x, x0 pie x0, lol Ninj0, and Doerstopper won the Pro league championship.

Fall also brought another matchmaking update from Bungie: Grifball would become ranked for one weekend! Grifballers rushed in and dominated for three straight days to secure their “Grifties.”

It was at this point that the Hub staff began talking amongst themselves and friends about forming a small community based around an idea presented by Goosechecka and Kalbegarion, the GG Recreational League. GG standing for Good Games. The idea of the league was to provide an alternative for those who would prefer to play the game of Grifball in a much less competitive environment, focusing on just having a little fun.

The Good Games League (GGL) was the first Grifball league hosted on GrifballHub. It began as a small test league in November. To ensure that GrifballHub staff could manage a league, registration for the first season was capped at six teams. The regular season ran for only three weeks, followed by playoffs.

The Winter 2010 season marked the first time Grifball was featured on Halo Waypoint, the Halo video and information channel run by 343 Industries.

This season also marked the first time neutral hosts were required for all Pro League matches.

At the end of the season, Halo Waypoint released even more Grifball content: Grifball: Expansion, a new three-part webseries by Rooster Teeth.

Trippin Ballz won the Amateur title with a lineup of I DIM3 I, Str8 Metal, bred4war, and TJP11. Dat Orange Kush won the Pro League with I Major Silva I, MenztrualCramps, Twizzted Status, T Rich Da King, YoungNastyMan79, and Crowing.

The GGL Spring 2010 season was the first to introduce Achieveables.

Each week, teams will be presented with challenges that they may complete to add to their GGL Gamerscore. To unlock the Achievables, complete the specified tasks during that week’s games.

At the end of the regular season, teams with the highest GrifScores would make the playoffs, regardless of their final record. A team could go 0-10 and still make it to the post-season!

The AGLA Summer 2010 season marked the end of Halo 3 Grifball on the Xbox 360. Fifty teams registered for the Amateur League and sixteen signed up for the Pro League.

Long-time Grifballers on Cheap Ass Gamer were championing a cause all season. CAG announced at the start of the season that they’d be dedicating the season to the Child’s Play Charity and were raising donations based on their performance. A nickel per betrayal, a dollar per score, and at the end of the season, CAG totaled $1,600 for charity.

On June 2, signups for the final GGL season in Halo 3 opened. The regular season was expanded to five weeks and a new high mark for the league was reached when 24 teams registered. Achieveables returned for a second season.

Affliction, a team with the roster of ID I2 IA G O N, v Determined v, Glasgow Knight, Priest XYZ, Twizzted Status, and I MajorSilva I, won the championship.

Grifballers received confirmation early in the year that Grifball would be included as an Assault variant in Halo: Reach. Along with basic “Vanilla” Grifball, players were also excited to try out new abilities to create the next generation of gameplay.

At PAX 2010, GrifballHub interviewed Bungie employees to get the inside scoop on Grifball in Halo: Reach.

After the game was released, GrifballHub ran a series of tournaments to test out various abilities: sprint, evade, camo, and jetpacks. Highlights from these tournaments were combined into the most popular Grifball highlight reel of all time, entitled Reach: Grifball Evolved.

Signups for the first season in Halo: Reach coincided with the release of the Reach: Grifball Evolved highlight reel. The reel was sent out to gaming news websites and the response was overwhelming.

It should come as no surprise that we possess a strong affinity for Halo’s official multiplayer minigame, Grifball. Though we never thought the time-tested formula of beating the snot out of bomb carriers with gigantic hammers could be improved upon, the new mechanics introduced in Halo: Reach have officially been introduced into the sport’s ruleset, giving the proceedings a certain … je ne sais quoi. Which we believe is French for ‘jetpacks.’

Check out a video of the recently evolved sport after the jump, or keep an eye on the official Grifball forums for your opportunity to get in on a game.

The video went viral. Thousands of new players visited GrifballHub for the first time and dozens of new teams registered for the GGL every day. When signups closed, 189 teams had registered for the league. It was the largest league since the AGLA Summer 2008 season.

“Grifball Evolved”, a gametype where players were outfitted with the Evade armor ability, was chosen as the default gametype for the league. Teams were encouraged to try out other gametypes during their games, such as Vanilla Grifball and Grifball Dash.

Early on, a new move was discovered in Grifball Dash that would take the game to a new level: The Barrel Roll.

In the end, the first Reach league was won by Clutch Coffee with a roster of YoungNastyMan79, halfbreed105, El Driver, OVERweightTANK, Shadow S16, and PacFRITZERmaN.

The Grifball at RTX Kickstarter