With hundreds of teams and thousands of players participating in the Grifball community, it’s easy for a Grifballer to feel lost in the crowd, especially considering that 90% of players are in their first or second Grifball season. Being the new kid on the court can be a frustrating experience, particularly in a sport like Grifball that is heavily reliant on knowing other Grifballers to be able to play your games, practice, learn, and even to ensure a better experience in matchmaking. How do you, one player out of a thousand, achieve name recognition and respect for your team?

1. Be Active
One of the best ways to get your name out there is by being an active participant in the forums and in site events, such as tournaments and the chatbox during Wednesday Night Grifbrawl. Posting in the forums, chatting on Twitter, and leaving comments on articles is a way to foster daily communication with a wide audience of Grifballers. Participating in events exposes you and your team to other squads. This communication and contact is important because, generally speaking, people need multiple exposures to a new word (such as a gamertag) just to be able to remember it in their immediate/short-term memory. In order for a new name to stick in your long term memory, a person needs to hear or see the word or name once or twice a day consistently over a period of time.

In addition to repetition, another effective way to get your name noticed is by having it paired with something that’s interesting or engaging. People remember others who make them laugh as well as those who piss them off, but only one of the two is likely to get you an invite into a custom game. If comedy isn’t your thing, having an interesting forum signature or avatar is a great way to get noticed, and being able to pair a name with an image creates two pathways (visual and lexical) for recollection.

Basically, people are more likely to send invites to gamertags that they recognize and associate with a positive experience, so having positive name recognition is the first step to establishing your Grifball reputation. 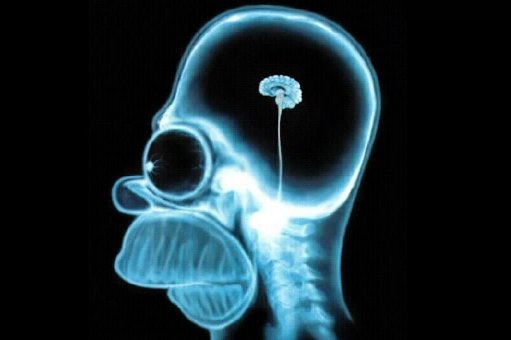 2. Be Proactive
Being proactive means reaching out to other teams and players. As is always stressed in the Looking for a Player/Team thread, Grifballers are strongly encouraged to send Xbox live messages to prospective teams/teammates. By taking the first step, you dramatically increase your chances of finding what or who you are looking for. Being proactive makes you look confident and capable, and in the case of a free agent, interested and invested.

If you have a team, messaging other team captains to set up scrimmages is a great way to get experience and expand your Grifball friends list. This last part cannot be emphasized enough! Having a friends list with as many Grifballers as possible means that you have a better chance at getting invited to play in custom and matchmaking games, which in turn introduces you to a lobby full of new faces and strategies. Additionally, reaching out to other Grifballers – whether you are in need of help or are offering help – is a great way to be proactive in the community.

It’s not enough to just be active, you must engage others! Remember that nothing asked is nothing gained and that the worst that can come from messaging a team, inviting a captain, and asking for or offering assistance is silence.

3. Hold on to Your Identity
Building a reputation takes time, and the worst thing that you could do is squander the time that you’ve invested. Changing your team name and gamertag is a fairly common occurrence, but Grifballers, especially newer players, often don’t consider the impact it can have. Teams that hold on to their names have distinct reputations, and those reputations are lost when the name changes. For example, in the days of Halo 3 Grifball, some teams dominated the competition and made great names for themselves. But many of these teams abandoned their names after only one season, which made it almost impossible for anyone, save the most die-hard fan, to follow their success in subsequent seasons. Regardless of a team’s roster continuity, a new team name has the effect of wiping the reputation slate clean.

If a team disbands, the team captain should consider keeping the name alive in subsequent seasons. Even the name alone has weight and familiarity. For rookie teams, maintaining a name is even more crucial; if a sophomore team changes their team name from their freshman season, their notoriety will almost always be set back to zero.

It’s no different for individuals, even the most acclaimed. With so many Grifballers in the community, it’s impossible for anyone to keep track of thousands of players. We are only human, and there is finite space in the brain for remembering names and actions. Fortunately, most gamertags are unique enough to leave an impression. But once you begin to create a reputation as a player, changing your gamertag can be a one-way trip to the back of the memory line.

This has happened many times before, even with the greatest of Grifballers. Sometimes a great Grifballer will seem to fall off the face of the earth. A player might have accomplished legendary feats on the court, but vanish entirely. Often the real reason for the “disappearance” is a changed tag. And the next time that player is featured in an article, or discussed by Grifball commentators, they are treated like an unknown quantity, because their new identity is entirely unknown.

The key to keeping your reputation is keeping your name. There may be situations in which you want to shed the reputation you’ve developed, but if you’re content with what you’ve built up, don’t tear it down.

Do you have any other recommendations for how new players and teams can build a great reputation? Let us know in the comments below!